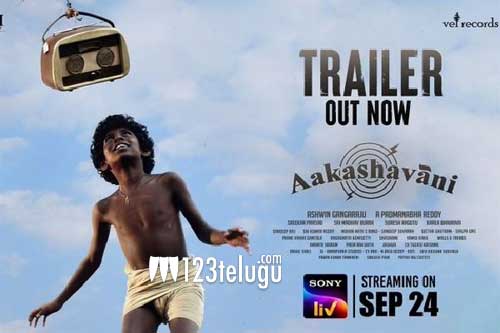 As we had reported earlier, Aakashavaani, a rustic drama directed by Ashwin Gangaraju is set to premiere on Sony Liv.

The rural drama, starring Samuthirakani in the lead role is gearing up for OTT premieres on the 24th of this month.

The trailer of the film was unveiled by Prabhas a short while ago.

Aakashavaani is one of the first mainstream Telugu films to premiere on Sony Liv since the onset of Covid second wave.