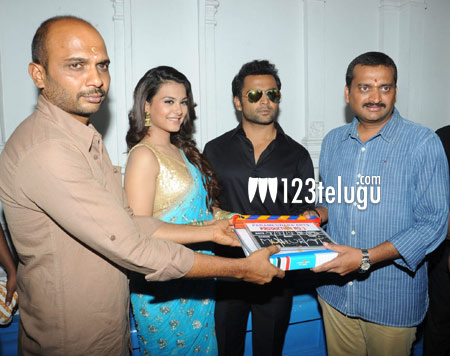 The Telugu remake of Aashiqui 2, starring Sachin Joshi and Nazia Hussain, is making brisk progress these days. Directed by Jaya Ravindra, the film is being produced under Viking Media banner and Bandla Ganesh is presenting it.

The film’s first schedule was shot in Hyderabad and later, the team flew to Goa to can some important scenes on the lead pair. Currently, the film’s shooting is progressing in several locations in and around Hyderabad. Sachin Joshi is playing the role of a singer, who goes on to make a young female singer from a small town a big star in music industry. Most of the songs from the original version are being retained in the Telugu version as well, although some changes are being made in the script.

Meanwhile, buzz is that Nazia Hussain, who happens to be Sanjay Dutt’s niece, is going to act in an upcoming Hindi film titled Hasmukh Pighal Gaya.