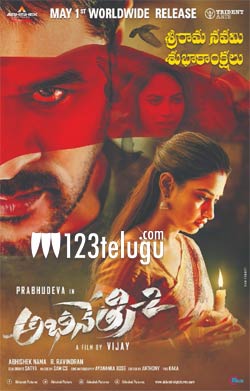 It is a known fact that the Prabhudeva and Tamannaah’s trilingual horror thriller, Abhinetri is ready with its sequel titled Abhinetri 2. The latest we hear is that the film has completed its shoot and is busy with its post-production formalities.

The latest we hear is that the makers have decided to release the film on the 1st of May. The film also stars Nandita Sweta in a key role. AL Vijay, the director of the first part is also directing the sequel as well.

Abhishek Nama is producing this movie in association with Trident Arts’ Ravindran.