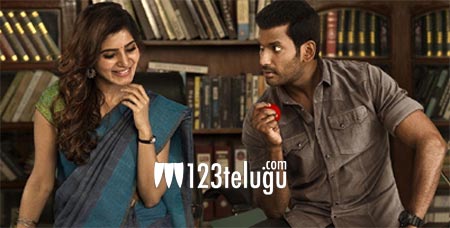 Vishal’s latest Tamil film, Irumbu Thirai has become the star hero’s biggest hit to date. The film is coming to Telugu as Abhimanyudu on the first of June in a big way.

Meanwhile, the latest we hear is that this film will have its sequel. Vishal himself told this in an interview and said that he and the makers had the idea for the sequel from a long time and the script is being readied for the same.

Samantha plays the female lead in this film which is a techno-thriller. Arjun is the main villain.