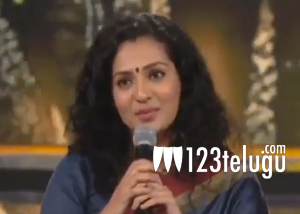 Parvathy, one of the most acclaimed actresses in the country today, has criticised the glorification of violence and injustice in films, and said that they have no place in movies. The actress, who acted in Bangalore Days, Take Off to name a few, has taken a firm stand on how movies could have a negative influence on the society.

The actress took to Twitter saying, “Cinema can reflect all aspects of the society and all kinds of people. The good, the bad and the ugly. But no! It cannot glorify injustice and violence as “cool” & “mass” entertainment. I rest my case. This was a good day indeed! Thank you for sharing (and hurling) your thoughts!”

Recently, while speaking at a Film Festival in Kerala she urged more women to come forward to take an united stand against wide range of creative and commercial aspects that go into filmmaking. “The unfairness works at various levels. Even if you take a look at the various film organisations, you can see how only a few women are part of it. It is part of the conditioning of women too that some of them even think they need not be part of it. We need to have proper education on these issues. Cinema is not just an artistic activity, it is a political activity too,” said the actor.