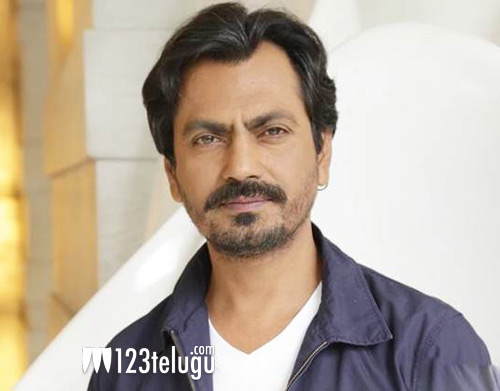 Chiranjeevi’s soon-to-commence action entertainer under Bobby’s direction has been one of the most eagerly awaited biggies in Tollywood. This Mythri Movie Makers production will be going on floors in a couple of months, and the makers are currently busy finalizing the cast.

Now, the latest buzz reveals that the makers of this as-yet-untitled film are in talks with acclaimed Bollywood star Nawazuddin Siddiqui for the main antagonist role. Apparently, Nawaz, who admires Chiranjeevi immensely, has agreed in principle to be part of the film, but reportedly asked for a narration of the story and his character.

Bobby will soon fly to Mumbai for the script narration. An official announcement regarding this news is awaited. There were also speculations that popular Bollywood actress Sonakshi Sinha is under consideration for the leading lady’s role. Stay tuned for further details.