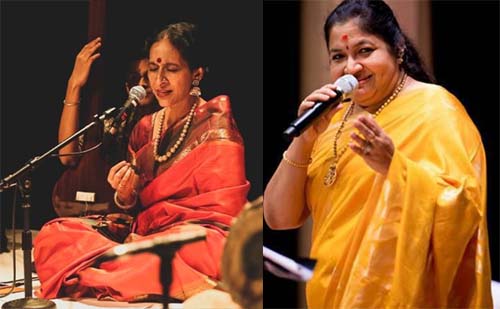 Also, acclaimed playback singer KS Chitra has been chosen for Padma Bhushan, India’s third highest civilian award. In her 4 and a half decades-long career, Chitra has recorded over 25,000 songs in all the major Indian languages and foreign languages such as Sinhalese, Malay, French, English and Latin. She is a 6-time National Award and 8-time Filmfare Award winner. She was honoured with Padma Shri in 2005.

On the other hand, popular playback singer and Carnatic vocalist Bombay Jayashri has been chosen for the Padma Shri award. Bombay Jayashri is well known for her super hit songs like Sasivadane (Iddaru), Manohara (Cheli), Hrudayam Ekkadunnadi (Ghajini) and O Kalala Kathala (Dear Comrade). Her song ‘Pi’s Lullaby’ from the Hollywood film ‘Life of Pi’ was nominated for the prestigious Oscar Award in Best Song category.