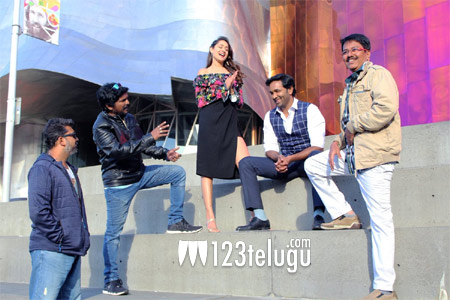 It is widely known that Manchu Vishnu is working with his lucky mascot and comedy entertainers’ specialist G Nageswara Reddy for a film titled Achari America Yatra. The film is in its last leg of shooting.

The latest update is that the makers have decided to release the film on January 26th, as a Republic day special. Touted as a hilarious entertainer, the film has ace comedian Brahmanandam and Vidyu Raman playing prominent roles.

AAY has Pragya Jaiswal as the female lead and senior producer ML Kumar Chowdary is producing it. Thaman has composed the film’s music.