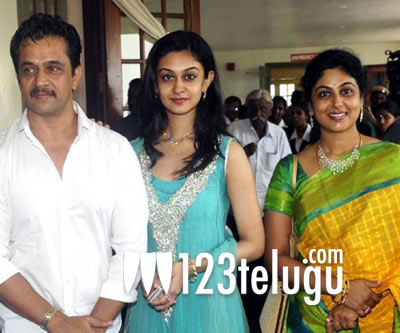 Arjun is popular in the world of South Indian cinema. He has acted in top movies from ‘Gentleman’ all the way to ‘Oke Okkadu’ and along the way earned himself the name ‘Action King’. He is set to pass his legacy to his daughter, although we do not expect the action part to follow! Iswarya is her name, and she is all set to come in front of the camera in the lead role of a movie opposite star actor Vishal titled ‘Pattathu Yanai’. The movie is set to begin filming very soon.

She will be playing the role of a girl studying 12th Standard but in reality, Iswarya is completing coursework in the field of visual communication. The production team will film its first scene on the 5th of November.

We will have to wait and see how Iswarya performs in her debut role and if the audience will accept her with the same admiration they have for her father. We wish the budding actress good luck!