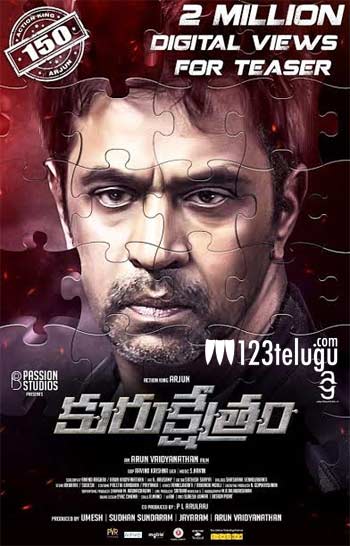 Action King, Arjun’s 150th film, Nibunan, is releasing in Telugu as Kurukshetram and the trailer of the film was released three days back with some very response from the social media.

The latest we hear is that the trailer has crossed 2 million views in just a short span which is quite good. This high budget action thriller will see Arjun as a stylish cop.

Slated for a release on July 7th, this film has Prasanna, Varalaxmi Sarathkumar and Suman in prominent roles. Arun Vaidyanathan has directed this film which is presented by Passion Studios.