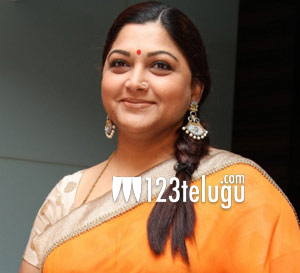 Senior Tamil actress Khushboo Sundar has resigned from the Congress party. She tendered her resignation to Congress chief Sonia Gandhi. Khushboo joined the Congress in 2014 and worked as the party’s National Spokesperson till date.

In her resignation letter to Sonia Gandhi, Sundar mentioned that people like her who want to work for the party are being “suppressed” by “few elements seated at higher levels within the party.” “People who have no connectivity with the ground reality or public recognition are dictating terms,” Khushboo wrote.

Meanwhile, speculations are afloat that Khushboo, who is in New Delhi at the moment, is likely to join the BJP, the party she vehemently took on as an opposition leader. Khushboo joined politics in 2010 and she was a member of the DMK till 2014.