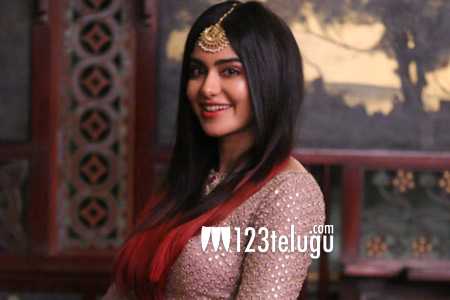 Adah Sharma, who was last seen in Kshanam and Commando 2, is all set to make her debut in Kollywood as a lead actress. She has been roped in to play one of the lead roles in Prabhudeva’s upcoming film titled Charlie Chaplin 2.

The film is said to be a sequel to Charlie Chaplin, also starring Prabhu and Prabhudeva, which released way back in 2002. Sakthi Chidambaram is going to direct the sequel and Nikki Galrani is the other lead actress in this comedy film.

Incidentally, Adah Sharma had made a cameo in Simbu, Nayanthara starrer Idhu Namma Aalu in 2016. Meanwhile, Adah has been judging a dance reality show Neethone Dance, which is being aired on Star Maa.