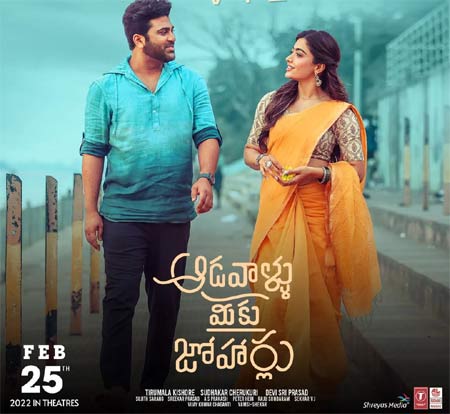 Sharwa has given back-to-back flops and has pinned all his hopes on Adavallu Meeku Joharlu that is directed by Kishore Tirumala.

The film is a family drama and is going to have a lot of humor as per the news. We have also come to know that the film will not be heavy on emotions as they have been executed in a subtle manner.

As there are many lady characters played by noted artists, their importance is going to be key. Rashmika is the heroine of this film.

Other actresses like Khushboo, Radhika, and many others play key roles in this film which is about today’s modern women and their sensibilities.