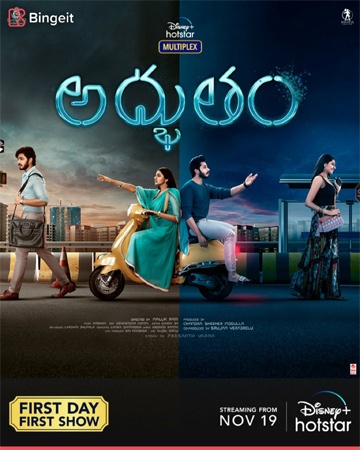 The latest news is that Adbutham will be premiering on Disney+ Hotstar on the 19th of November. An official announcement on the same will be out shortly.

Adbutham has Teja Sajja and Shivani Rajashekar in the lead roles. The film is directed by Mallik Ram.