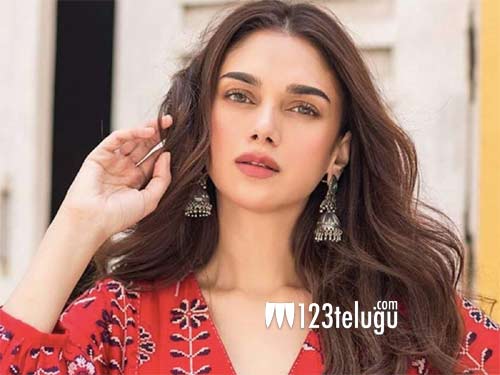 Aditi Rao Hydari has worked with the likes of Mani Ratnam and Sanjay Leela Bhansali over the years, and she has a bunch of critically acclaimed films and performances to her credit. Now, she is back in news again for her terrific performance in Ajeeb Dastaans, a Netflix anthology produced by Dharma Productions.

The actress appeared in a short film titled Geeli Pucchi alongside Konkana Sen Sharma, and it was directed by Neeraj Ghaywan, who had previously directed Masaan. Not only are Aditi and Konkana being hailed for their wonderful performances, but the short film itself has also been receiving rave reviews for its portrayal of LGBTQ relationships, caste discrimination among other themes.

No wonder, Aditi is on cloud nine with the reaction from the audience for her work, and one can only wish that it leads to more interesting roles coming her way in near future. In Telugu, the actress is part of Ajay Bhupathi’s Maha Samudram which also has Sharwanand, Siddharth, and Anu Emmanuel.