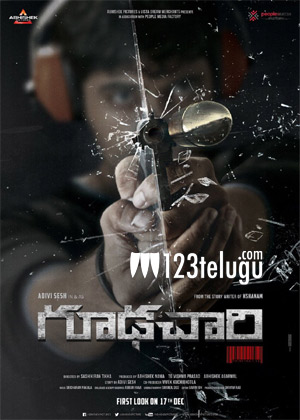 A few weeks ago, the makers of actor-filmmaker Adivi Sesh’s upcoming spy thriller, Goodachari, unveiled a striking concept poster that created a lot of buzz. Goodachari is nearing completion and Sesh opened up about it in a latest interview.

Describing Goodachari as a personal film, Sesh said that the film’s story is narrated on a huge scale. The film’s story has a South Asia backdrop and the makers shot in Delhi, Assam, Meghalaya and Bangladesh.
Sesh once again turns script writer for Goodachari after the last year’s hit thriller, Kshanam. Bollywood starlet Sobhita Dhulipala will be making her Tollywood debut with this film, which is being produced under Abhishek Pictures and People Media Factory banners. Debutant Shashikiran is directing the movie.