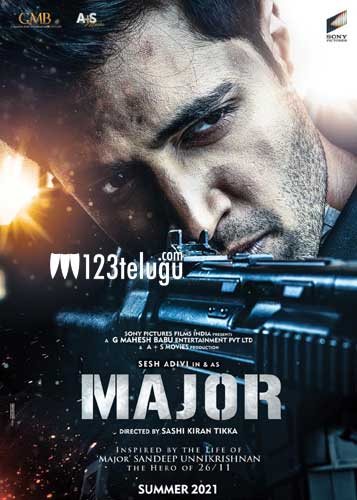 So much is being said about the film Major that has created a solid buzz with its first look poster. From the day it was announced, the film has only created good vibes.

Adivi Sesh has written this film and acts in the main role and he has lost 10 kilos to play the part as per the latest update. Sesh plays Major Unnikrishnan who lost his life during the 26/11 attacks in Mumbai.

Sesh has gone all out during the making of this film and worked hard to get into the look of Major. He says that it is the most difficult film in his entire career. Major is being made in Hindi and Telugu and Sasi Kiran Tikka directs it. So,