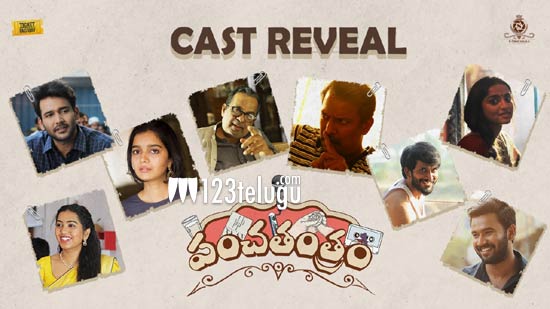 Actor-filmmaker Adivi Sesh has unveiled the title and characters introduction poster for the upcoming film, Panchathantram. The film marks actress Colours Swathi’s comeback in Tollywood after her marriage a few years ago. The film’s storyline is based on the five senses and five emotions.