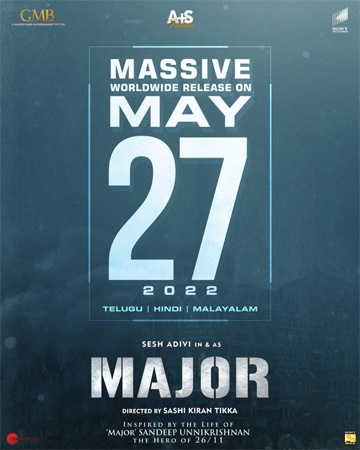 The makers took to social media and announced that the multilingual movie will be released on May 27, 2022.