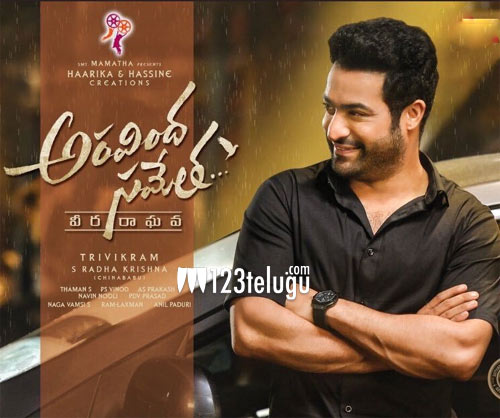 Aravinda Sametha is one of the most awaited films of this year as it marks the collaboration of NTR and star director Trivikram for the very first time in their careers.

There is a solid buzz for this film as both fans of NTR and Trivikram are eagerly awaiting for this action entertainer. The news is that the advance bookings for this film have already begun in a selected few areas of the US.

Though there are two weeks to go for the release on October 11th, these advance bookings clearly show what kind of Hungama this film has created even before its release.

Haarika and Hasine Creations produce this film which has music by Thaman. Pooja Hegde plays the female lead.