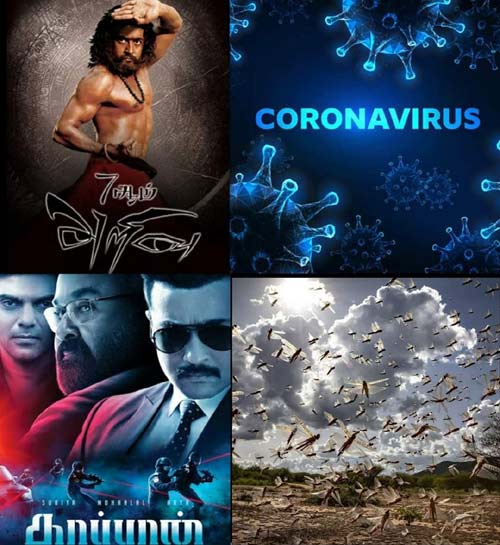 Seventh Sense and Bandobast (Kaappaan in Tamil) are the two movies of star hero Suriya which are being trended on social media for the last few days. And the reason behind this latest curiosity on these two films is the deadly Coronavirus and the latest locust swarms in North India.

Interestingly, Seventh Sense, the Murugadoss directorial that released in 2011, discusses a mysterious virus that originates in China. And in KV Anand’s directorial Bandobast that released last year, the locust attacks were shown in a particular sequence. Since then, social media has been abuzz non-stop with memes about how Suriya and his directors are visionaries who predicted these disasters much ahead.