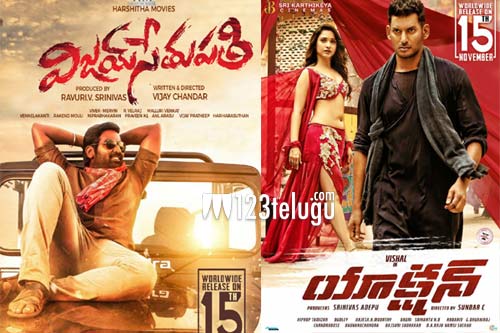 With no major Telugu releases, the Telugu film trade had witnessed the release of two Tamil biggies, Bigil (Whistle) and Kaithi (Khaidi), released on the same day, as Diwali festive treat. Both the dubbed movies have turned out to be successful at the box-office.

Both Vijay Sethupathi and Action have been carrying a good buzz in Kollywood circles. We will have to wait for a couple of weeks to see if both the movies will turn out to be successful like Whistle and Khaidi.