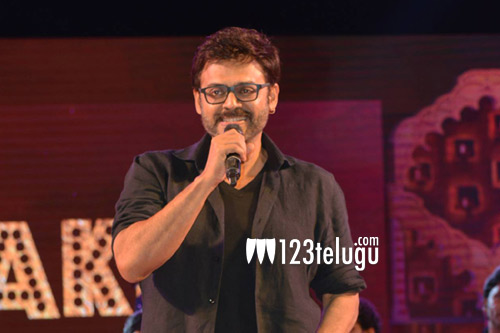 Senior hero Venkatesh was at his jovial best during his speech at the audio launch event of his upcoming Sankranthi entertainer, Fun and Frustration (F2). The event took place amid thousands of fans as part of the ongoing Visakha Utsavalu at RK Beach in Vizag last night.

Always known for his humility, Venky confirmed that F2 is releasing on January 12, and went on to wish the other Sankranthi releases, Balayya’s NTR, Charan’s VVR and Rajini’s Petta. “Telugu cinema must flourish again,” said Venky. Dil Raju has produced F2. DSP has composed the film’s soundtrack. Tamannaah and Mehreen are the film’s leading ladies.