After Shraddha, Prabhas to romance this star Bollywood heroine?
Published on Mar 11, 2020 1:26 am IST 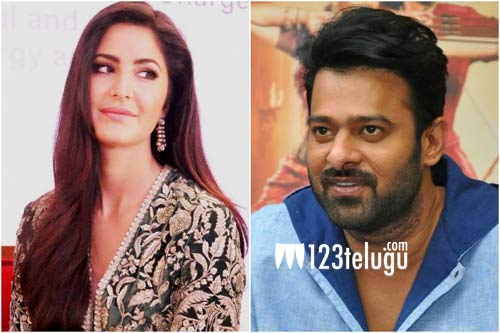 Hero Prabhas romanced popular Bollywood actress Shraddha Kapoor in his previous film, Saaho. Now, if the latest buzz in Bollywood tabloids is anything to go by, there’s a chance that Prabhas will be paired with star Bollywood heroine Katrina Kaif in his 21st project.

Apparently, Prabhas21’s director Nag Ashwin is planning to approach Katrina since the film is a pan-International protect and Kat’s presence will give the film an even wider reach. However, we will have to wait until an official announcement is made by the makers. The film will be going on floors in November this year.