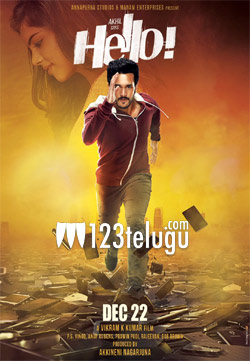 Akhil and Rana Daggubati have been promoting Hello in the USA for the last few days. Akhil, Rana and heroine Kalyani Priyadarshan along with the film’s music composer Anup Rubens took part in a series of promotional events in several cities in America and received a thumping response from the overseas audience.

Meanwhile, the latest buzz is that overwhelmed with the audience response in overseas, Akhil has decided to perform here in Hyderabad on December 20th at the film’s pre-release event. More details regarding the venue and time will be disclosed by the makers soon.

Directed by Vikram K Kumar, Hello has been produced by Nagarjuna Akkineni. This feel-good romantic drama is all the set to hit the screens on December 22nd.