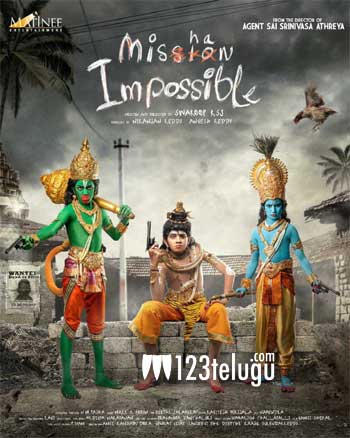 After the critical and commercially successful debut outing with Agent Sai Srinivas Athreya, director Swaroop RSJ has launched his next film with a formal puja ceremony today. The film has been interestingly titled as Mishan Impossible. The title and first look poster have also been unveiled today.

Mishan Impossible’s story revolves around three characters which are revealed in the first look poster. Three boys are seen as Lord Hanuma, Shiva and Sri Krishn, each carrying guns. Apart from these three boys, the film also features two important characters. The male and female lead actors will be announced soon.

Niranjan Reddy and Anvesh Reddy will be producing the film while NM Pasha is the Associate Producer. Deepak Yeragara is the cinematographer and Mark K Robin is the music composer.