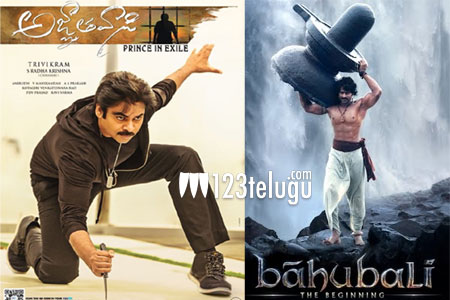 The most eagerly awaited day has finally arrived. Power Star Pawan Kalyan’s landmark 25th film, Agnyaathavaasi, was premiered in the US and across Andhra Pradesh last night. The film was expected to wipe off several box-office records with the premieres.

As expected, Agnyaathavaasi has erased all the existing records and became all-time second highest opener for Telugu movies in the US. Until 8:45 pm, Agnyaathavaasi grossed $1.42M from 478 locations across the US, surpassing Baahubali 1 ($1.36M) and standing next only to Baahubali 2 ($2.46M).

As we reported yesterday, Agnyaathavaasi will break into the $1.5 million club without a sweat, but it will be interesting to see if the movie will manage to enter the $2 million club. Stay tuned for further updates.