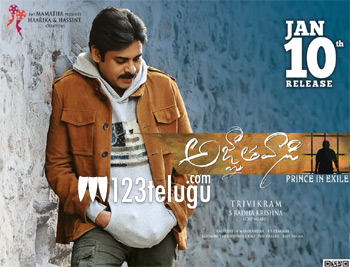 Power Star Pawan Kalyan’s Agnyaathavaasi released during the Sankranthi festive season earlier this year. However, the film bombed at the box-office and ended up as the biggest disaster in Pawan’s career.

But now, Agnyaathavaasi is having a record setting run on YouTube. The film has been dubbed in Hindi as Yevadu 3 by leading digital distribution house, Goldmines Telefilms. The Hindi version was published on YouTube on October 20.

Within 24 hours, Yevadu 3 clocked a staggering 9.4 million views, setting a new record for any South Indian film dubbed in Hindi. Until recently, the record was set by Ajith’s Vivegam’s Hindi version. So far, Yevadu 3 has clocked nearly 18 million views.