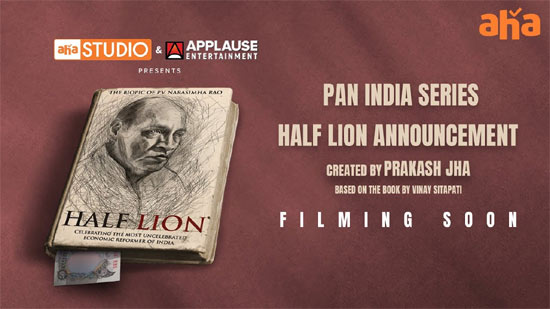 Titled Half Lion, the series is based on the book of the same name written by Vinay Sitapati.

Renowned director Prakash Jha, who is well known for his films like Gangaajal, Apaharan and Rajneeti, is helming this project.

Aha Studio joined hands with Applause Entertainment to produce this biographical series, which is scheduled to release in 2023 in Telugu, Tamil and Hindi.

Aha didn’t make any announcement regarding the cast and crew of the series, Half Lion.