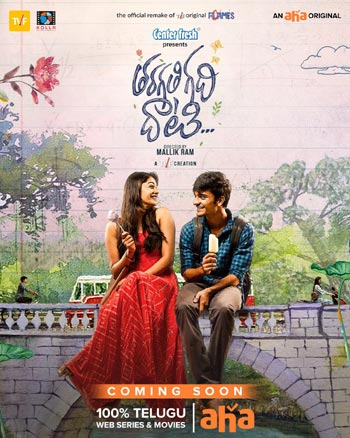 Directed by Mallik Ram, the man behind the popular web series Pelli Gola, the show stars Harshith Reddy, Payal Radhakrishna, and Nikhil Devadula in key roles. The first poster of the show brims with innocence and shows two happy-go-lucky youngsters chatting away.

Taragathi Gadhi Daati, set amidst the heart of Rajahmundry, has been adapted in Telugu with utmost authenticity. The five-episode long show takes viewers through the tender romance and the chaos of the teenage years.

Taragathi Gadhi Daati is the second remake of a TVF original on aha after Commitmental, the regional adaptation of Permanent Roommates. Commitmental had starred Udbhav Raghunandan and Punarnavi Bhupalam in the lead roles.