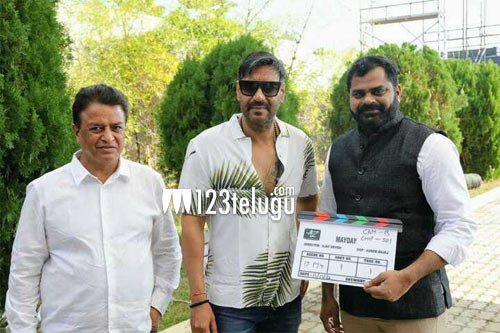 It is a known fact that Ajay Devgan is making a film called ‘MayDay’. Starring Big B Amitabh Bachchan in a key role, Ajay Devgn is also its producer, bankrolling it on his home banner Ffilms.

Rakul Preet Singh and Angira Dhar are its heroines. On Saturday, the thriller’s puja function was held at Hyderabad’s Ramoji Film City. The shooting has started and the latest update is that ‘MayDay’ will be released on 29 April 2022. The film is being shot in a specially erected set.

Speaking on the occasion, Ajay Devgn said, “I am happy to officially begin ‘MayDay’. The film will be completed in a start-to-finish shooting schedule.