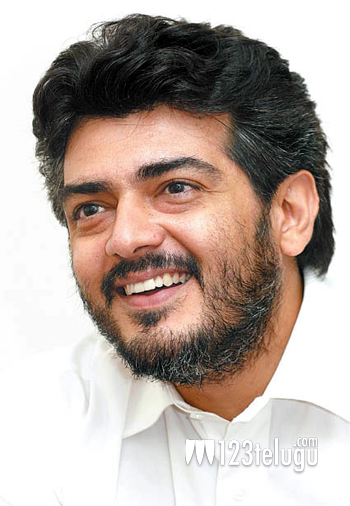 Thala Ajith as is fondly called by his fans in Tamil Nadu is said to be a man with golden heart and is highly respected for his simplicity off screen. He is known not to have any starry tantrums despite being one of the top most stars of Tamil film industry and is said to be friendly with everyone from light boy to the producer. It is a less known fact that Ajith was born in Secunderabad.

Here is another example of his generosity. Recently he has a purchased a sprawling land in Chennai and is constructing ten houses to all his staff members who have been associated with him for a long time. Foundation stone laying ceremony was held recently which was graced by his wife Shalini. He is also said to do a lot of charity work but never lets it out openly.

Meanwhile songs and trailer of his latest film Aarambam have released today and are creating quite a buzz. He has a massive fan following and fans are eagerly waiting for Diwali which is the time when the movie is going to hit the screens.