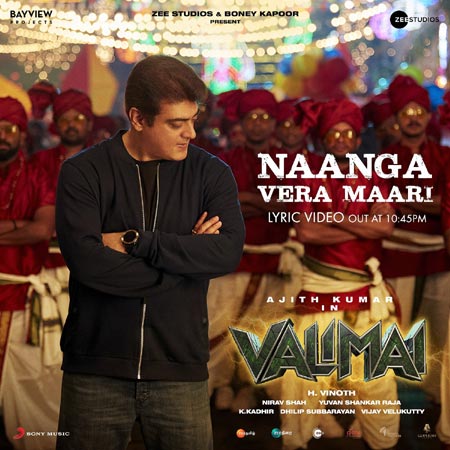 Fans of Kollywood star Thala Ajith are in for a massive treat tonight. The first single, titled Naanga Vera Maari, from the star hero’s upcoming action thriller, Valimai, is all set to be launched at 10:45 PM tonight, making 30 years of Ajith Kumar in the film industry. Star composer Yuvan Shankar Raja has composed the song.

Valimai’s makers unveiled a special poster this evening to announce the song launch. The main highlight of the announcement poster is obviously Ajith and his suave and charming look has now become a hot topic of discussion among fans. After the spectacular first look and motion poster, the latest poster has set the expectations soaring.