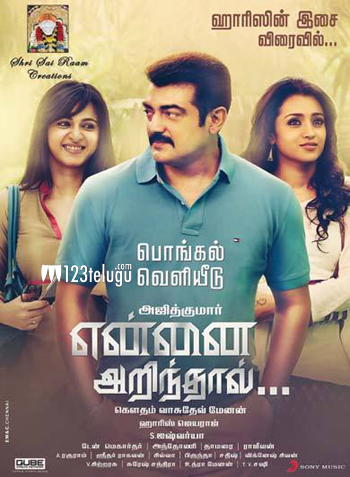 Yennai Arindhaal starring Ajith Kumar, Trisha and Anushka was one of the most awaited films in Tamil circuit. Directed by Gautham Vasudev Menon, this film has opened to packed houses with some positive reviews all over.

According to the latest reports, this film has collected close to 20 crores in just two days in Tamil Nadu. Ajith’s powerful cop role and Trisha’s sterling act is being widely appreciated by everyone. Gautam Menon’s stylish narration and thumping music score by Harris Jayraj seems to have done the trick.