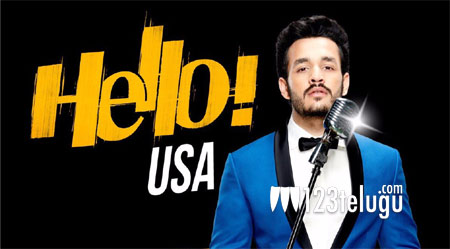 Akhil Akkineni is all set to enthral the audience in the US ahead of his upcoming film Hello’s release. The actor will be performing live in three cities – New Jersey, Dallas and San Jose on December 15, 16 and 17 respectively, and he’s also expected to interact with the guests.

This, however, won’t be Akhil’s first tour to the US. In fact, he had gone before the release of his debut film ‘Akhil’ as well. But this time, his tour is expected to be bigger and more energetic than ever before.

Directed by Vikram Kumar, Akhil’s Hello is gearing up for release on December 22. More details about the film are awaited.

Super excited to announce the HELLO! USA tour. Are you ready to sing and dance with me ??? Coming very soon to you 🙂 get your passes now at https://t.co/fMofa55qhX pic.twitter.com/lQnMGQIaZX