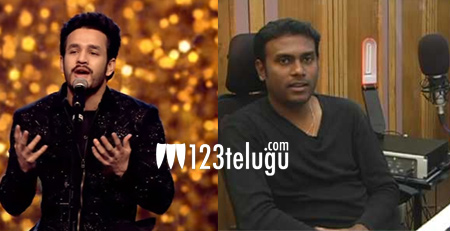 Akhil Akkineni not only surprised critics with his performance in Hello, but he also shocked his own father Nagarjuna by singing a song in the film. Titled as “Yevevo”, it was Akhil’s first attempt at singing in a film and the young actor credits music director for helping him learn the basics of singing a song for a movie.

Explaining more about how it all came together, Akhil said, “I started humming a lot in the past few years. Anup likes my voice and has been telling me I should sing. We spent over 100 hours in three months and he taught me the basics — breathing technique, voice control, moving from high to low pitch etc. I am nowhere close to a professional singer, but Anup gave me a crash course that helped me sound like one.”

The film, directed by Vikram Kumar, also had Kalyani Priyadarshan who made her acting debut.