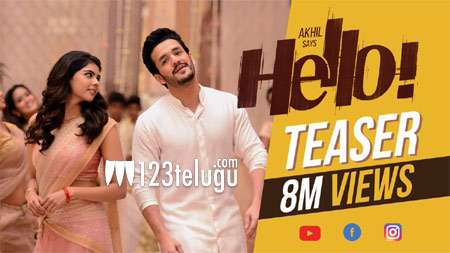 The entire team of Akhil’s next film Hello went into a mission to figure out what went wrong with the film’s teaser which was taken down from YouTube today. The teaser had already got more than 6 million views, and Akhil’s stunts were highly appreciated.

Rumours were abuzz that there were copyright issues with the soundtrack; however, by the end of the day, it looks like the team manage to sort out all the issues and the teaser was back online, much to Akhil’s relief.

Explaining his stand on the issue, Akhil took to Twitter saying, “8 million and counting on social media💪🏻 As producers of the film we have to clarify the false copyright claim on our teaser. We are proud to have collaborated with really slow motion for an amazing background score. Pheww! What havoc for no reason!”