Akhil Surender Reddy film to be announced with a solid poster
Published on Apr 6, 2021 5:01 pm IST 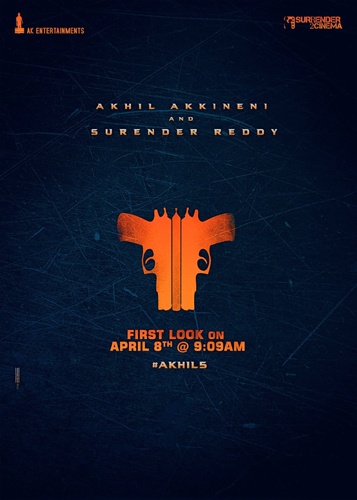 It is a known fact that Akkineni Akhil is doing a film in the direction of Surender Reddy. The film will be announced on the 8th of April as per the latest update.

The film is being made on a high budget and Akhil will be seen in a mass look in this project. Today’s poster shows guns which depicts that the film will be high on violence.

Surender Reddy has not done any film post-Sye Raa and has pinned a lot of hopes on this project. Even Akhil is looking for a hit and we need to see if Surender Reddy gives him that much-needed break.