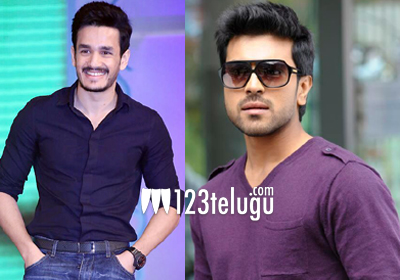 It is quite common in the film industry to have box office clashes for two actors on the same day. As per the latest reports, an interesting box office battle is on the cards during this Dasara vacation.

It is a well known fact that Ram Charan’s untitled film has been confirmed for release on October 15th, 2015 and on the other hand, Akkineni Akhil’s debut movie is also being reportedly considered for the same date. However, an official announcement about the same is yet to be received from the makers.

However, it would be a real treat for all movie lovers, and it will be quite interesting to see which movie stands out as a winner. If both films manage to come out on the same date, let us hope that both do well.