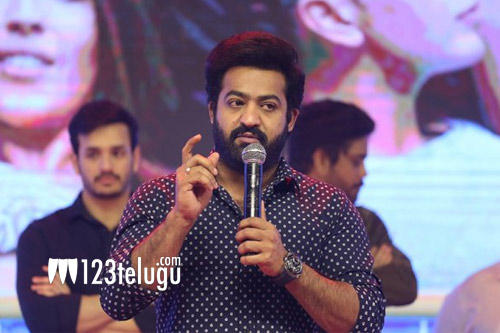 Speaking at the pre-release event of Akhil’s Mr Majnu, NTR was all praise for the young Akkineni lad. “It takes guts for actors to criticize themselves. I have been noticing that Akhil has the guts to criticize himself,” said the Young Tiger.

“Akhil has always been introspecting and reinventing himself from his first film and has now arrived at this stage. Believe me, Akhil will be one of the finest actors one day. I am not talking about stardom here, but you will all know it with Mr Majnu. I am eagerly waiting for that day like you all,” NTR said amid loud cheers from the Akkineni and Nandamuri fans.

Mr Majnu, also starring Niddhi Agerwal, has been directed by Venky Atluri. BVSN Prasad has produced the movie and Thaman is the music composer. The film releases January 25.