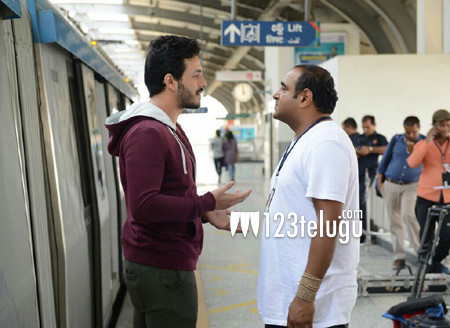 Nagarjuna has been keenly overseeing his son Akhil’s second film ever since its inception. The film is being helmed by the maverick director Vikram Kumar. Expectations are quite high on this crazy project.

This evening, Nagarjuna took the hype around the film to the next level with a tweet. Nag said that he had seen a bit of Akhil’s second film and appreciated the magic created by Vikram Kumar and the film’s DP PS Vinod. Also announcing the film’s release date, Nag said that he’s planning to release the film in his favorite month of December, on 22nd December precisely.