Akhil’s wild ride to fans with a terrific transformation for Agent
Published on Jul 11, 2021 3:00 pm IST 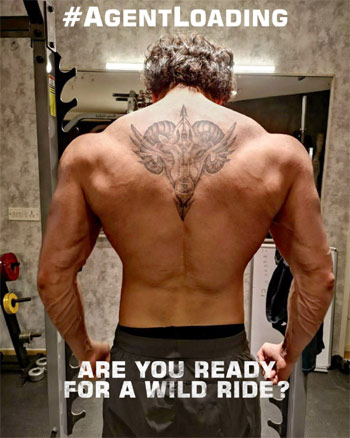 Surender Reddy, the director of Akhil’s eagerly awaited spy thriller, Agent, today released a special poster featuring the Akkineni lad. Even though he was not facing the camera in the picture, Akhil looked terrific with a heavily bulked up body. “Are You Ready For a Wild Ride?,” the poster says.

Agent’s new poster was unveiled to announce that the film’s shooting will commence soon. And Surender Reddy’s tweet, “This is just the beginning…Meeku mundu mundu undi pandaga” has further taken the expectations to the next level.