Ala Amerikapurramuloo: Thaman’s musical concert in the US
Published on Jun 17, 2021 6:55 am IST 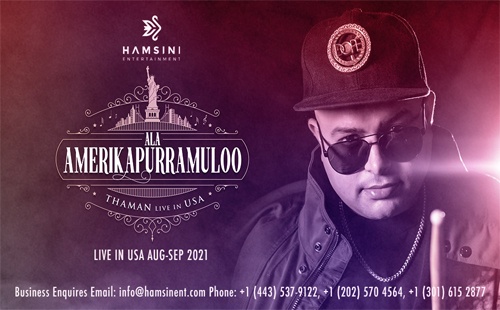 Now, Thaman is all set to enthrall his fans in the USA by performing live in a concert. Interestingly titled Ala Amerikapurramuloo, the concert will be held across major US cities like Washington D.C., Chicago, New Jersey, San Jose, and Dallas in August and September. Thaman will be performing live along with his troupe and a team of young playback singers.