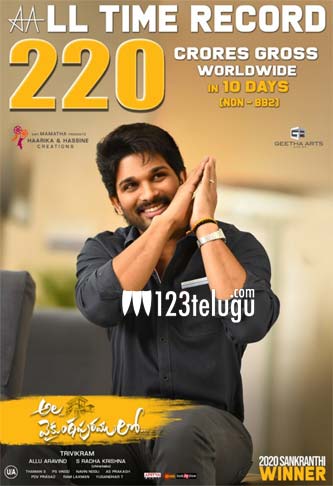 Ala Vaikunthapuramlo has become a solid blockbuster at the box office and the entire team is very happy and has thanked the audience for the thumping response.

The makers have revealed the collections which say that the film has made a total gross of 220 crores worldwide. The share amount is 142 crores which make the film one of the biggest hits in TFI.

The film is going strong even in the weekdays as the occupancy in both the Telugu states has been pretty good. Here are the detailed 10-day collections.