Ala Vaikunthapurramuloo’s teaser packs a punch on YouTube
Published on Dec 12, 2019 9:34 am IST 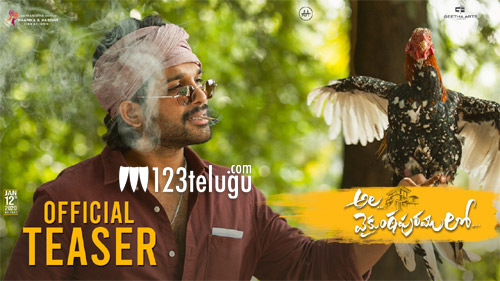 Released amid a huge hype and expectations, Ala Vaikunthapurramuloo’s teaser has packed a solid punch on social media. On YouTube in particular, the teaser set a new record by clocking over 1 million views within 7 minutes of its launch yesterday evening.

Directed by Trivikram, Sarileru Neekevvaru has Pooja Hegde, Nivetha Pethuraj, Tabu, Navdeep and Sushanth in key roles. The film has its music composed by Thaman. The theatrical release has been planned on January 12.