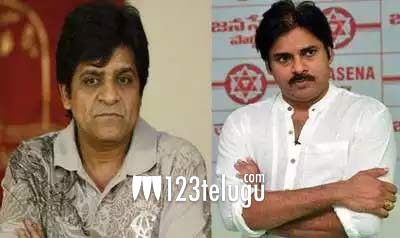 Pawan Kalyan shocked many when he commented about Ali and how he helped him during his crunch times in the industry but the latter did not stand with him.

Now, Ali has not stayed back and has made videos questioning Pawan and his allegations. In his videos, Ali says that he was already a settled actor when Pawan made his entry into films.

Things became ugly in the video where Ali says that Pawan has come into the industry with the help of his brother whereas he has come on his own and made it big.

Seeing these disturbances between the best of friends, some fans are hurt and another few are furious over Ali and the manner in which he is questioning Pawan.

When Pawan launched his party, many thought that Ali would join Janasena but that did not happen as Ali preferred YCP saying that Pawan never invited him into Janasena.

Now, that things are getting worse, we need to see how will the once best friends deal with this tricky situation.