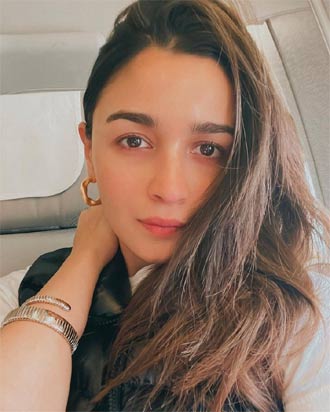 Bollywood star actress Alia Bhatt, who recently scored back to back hits with RRR and Gangubai Kathiawadi, is ready to join the sets of her debut Hollywood film.

Getting into the details, the actress took to her Instagram handle and wrote, “And off I go to shoot my first ever Hollywood film!!!! Feel like a newcomer all over again – sooooo nervous!!!! Wish me luckkkkkkk.”

To talk about Alia’s Hollywood debut film, Heart of Stone, it also has Wonder Woman actress Gal Gadot and Jamie Dornan. The Netflix original movie, which is billed to be a spy thriller, the movie is being directed by Tom Harper and produced by Skydance Media.