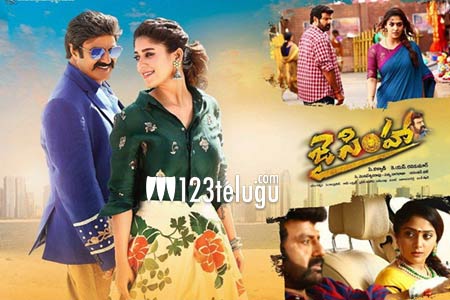 Now that Agnyaathavaasi has made its way to the theaters, the entire concentration has shifted towards Balakrishna’s Jai Simha. The film is carrying a decent buzz and will be watched closely as Agnyathavaasi has opened to some very mixed reports all over today.

Jai Simha has good competition as it is releasing along with yet another biggie in the form of Gang which has Suriya as the main lead. The Sankranthi season is getting started and the openings of all these films will be quite good.

But as of now, fingers are crossed towards Jai Simha which is the only big star hero film to hit the screens on the 12th of this month. Let’s see how it performs at the box office.