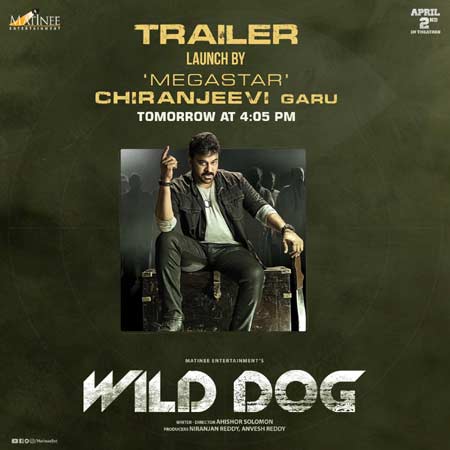 Yesterday, hero Nagarjuna took to Twitter and made a pleasantly surprising announcement. He revealed that his “dear friend” Megastar Chiranjeevi will be launching the theatrical trailer for his upcoming film, Wild Dog, at 4:05 PM today.

And all eyes are on Chiru’s comments on his long-time friend and professional competitor, Nagarjuna. It’s well known that both Chiru and Nag share a good rapport with each other. The Megastar chipping in with his support to Nag ahead of the latter’s film release is a heartening gesture.