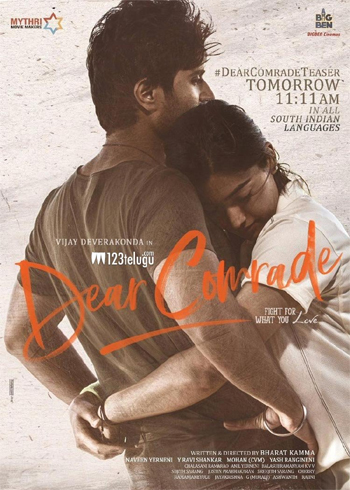 Vijay Devarakonda has become a superstar of sorts in Tollywood. Naturally, all his films are being awaited eagerly by fans and industry bigwigs. His new film is Dear Comrade which has completed its shoot and is ready for a release soon.

Meanwhile, the teaser of the film will be released tomorrow at 11.11 AM. As the film is a love story and has Rashmika romancing Vijay, many are eager to see how the couple will look on screen after Geetha Govindam.

Also, as Vijay is known to do hard-hitting films, there is also an eagerness to see whether the film will have any bold dialogues or content. Bharat Kamma is directing this film.